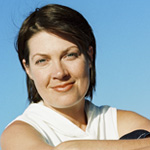 DoughMain has made talking to my kids about money so much easier. It has even sparked dinner conversations about how money works, especially the importance of earning and saving!”

Many people understand the basics of taking control of their money, including budgeting and using cash whenever possible. But there are even more ways to be a smart money manager — and some of the ideas may seem counterintuitive. If you’ve never considered the following ideas, it might be time to do so. However against the grain they seem, they can absolutely help you keep more money in your pocket.

Buy it When You Don’t (Yet) Need It

Common sense would tell you not to spend money until it’s necessary. But, sometimes, this can put you in a position of vulnerability. You’ll be much more willing to spend an unreasonable amount of money on something if you’re desperate for it — and you’re apt to think through purchases less clearly in the heat of the moment.

Instead of purchasing an item when you need it, plan further in advance. Maybe you don’t need new tires right now, but if you’re honest with yourself, you know you’ll need new tires eventually. So keep an eye out for great bargains on high-quality tires. If you find a good deal, go for it! You’ll have the tires you need on hand — purchased at the best possible price — waiting for you when they become necessary.

This kind of thinking can apply to many purchases. If you know you might need (or want) to make a relatively large purchase at some point, look for deals now and strike when you find the best one. This will save you money in the long term and keep you from being vulnerable.

Most people recognize the pitfalls of using credit cards for purchases, but there is still a large contingent of folks who like to extol the value of credit card rewards. They argue that the points they receive by using credit cards for everyday purchases are worth any potential interest charges and other fees they may incur, especially if they pay them on a timely basis.

While bartering and negotiating is common in many countries, it’s customary in the U.S. to accept the advertised price for any goods or services. The U.S. Bureau of Labor Statistics estimates that the average American spends around $56,000 each year on such purchases.

Instead of paying the advertised price, you might want to see if you can earn a better deal. Many stores are far more willing to accommodate your budget and needs than you may think. But you’ll never know until you ask. So as you think about your money management habits, start finding ways to think outside the box. These less conventional routes might be just the thing to keep your wallet fatter.